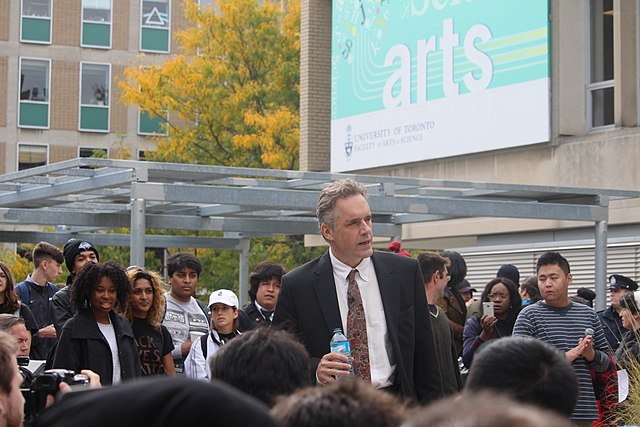 Just in case you’ve been living under a rock, Dr. Jordan Peterson is a clinical psychologist, best selling author, and an intellectual assassin. He rose to fame first on YouTube by posting his lectures during his time as a professor at Harvard and the University of Toronto where he taught the dangers of fascism, communism, and the psychology behind the horrors of the 20th century. He then was hoisted into the mainstream after his public opposition to Bill C16 that he claimed would mandate compelled speech.  While some Mocked his take on Bill C16, his warnings of its true intent were vindicated in a court after a father was arrested for not using the correct language while addressing his child.

Peterson is arguably one of the most influential intellectuals in modern history, and that’s no exaggeration. He recently sold out dozens of theaters and stadiums on his tour where he discussed his book and a series of biblical lectures. Name me another intellectual who can sell out a stadium and pack it filled with people ready to listen to a lecture about the psychological significance of the biblical stories. Exactly…. So why does it matter that Jordan B. Peterson tweeted “Bought some more Bitcoin. Inflation be damned.” ? Because when Peterson talks, MASSES of people will listen.

Bitcoin is on sale, I’m going to buy some more myself because I too say “Inflation be damned.” Don’t miss the life raft dear reader.